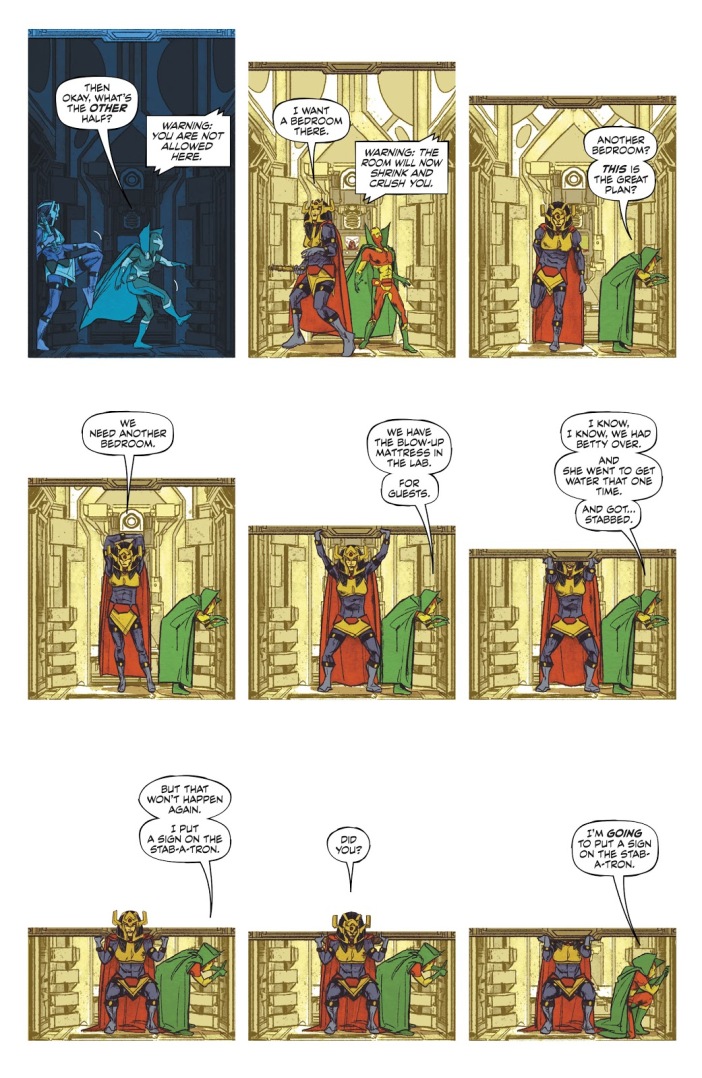 It’s been a long few days (personal stuff; everyone’s okay) and I’m sitting here next to a pile of comics realizing I haven’t really run down my pull list and recent graphic novel reads in a little while, and also thinking that the idea I had for a Ten Favorite One-And-Done Single-Issue Comics post is probably less interesting to the folks who are kind enough to read these posts.

Before I do get into the pile I ought to say that I keep thinking about how to do a sort of Comics Canon. It’s an intriguingly difficult project. The Comics Journal tried this at the end of the last century and the list was so gleefully willful I can’t understand how it was of any use to anyone at all — it contained entire bodies of work, like “Al Hirschfield’s caricatures” alongside an entry for a single Harvey Kurtzman cartoon. I mean, it was a *good* Harvey Kurtzman cartoon but still. If you make your list of single volumes you end up leaving off stuff like The Sandman and The Fantastic Four or picking a single representative volume, which doesn’t work because the experience of superhero comics is largely cumulative (I did this for The Guardian a few years ago. The list is still pretty good, I think, and Endless Nights really is a good Sandman book, but I have no Kirby on there and no Love and Rockets) and it’s snobby and ahistorical to ignore them. But make your criteria too broad and you end up doing what TCJ did. It’s vexing.

A much easier list: Stuff I’m reading or have recently read.