I am trying hard not to think about politics. So here are some of the weirder entries in my comic book collection.

1. The ring that stores the Flash’s costume with the power of Science 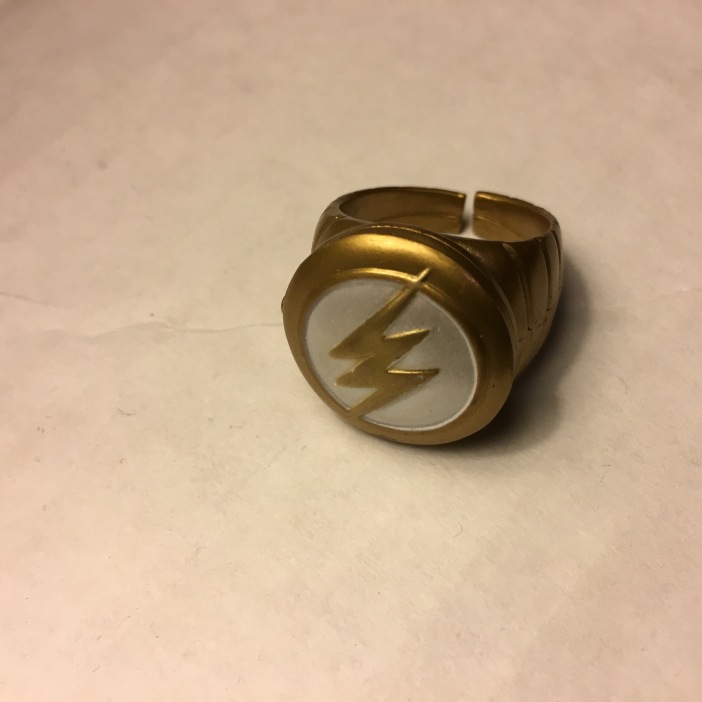 2. An extremely obscure Japanese edition of a wordless Frank story

3. The legendary LP that was supposed to come packaged with the original printings of The League of Extraordinary Gentlemen: The Black Dossier, but did not

4. A Miracleman coin distributed by publisher Eclipse Comics to celebrate the beginning of a new storyline called The Golden Age 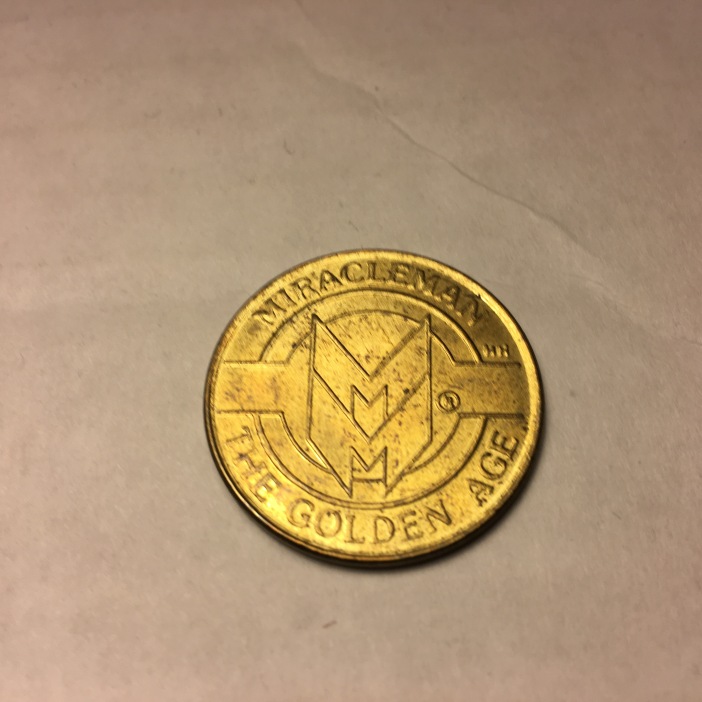 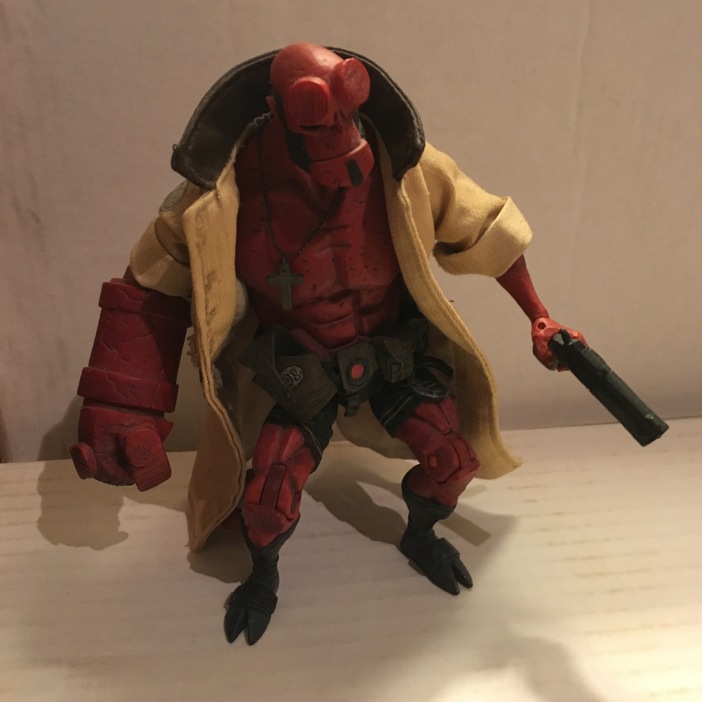 5. An issue of Simpsons Comics with a blank cover remarqued by Matt Groening and sold by Groening’s publisher Bongo at Comic Con

6. A short story by Charles Burns written to go with a song by Will “Bonnie ‘Prince’ Billy” Oldham 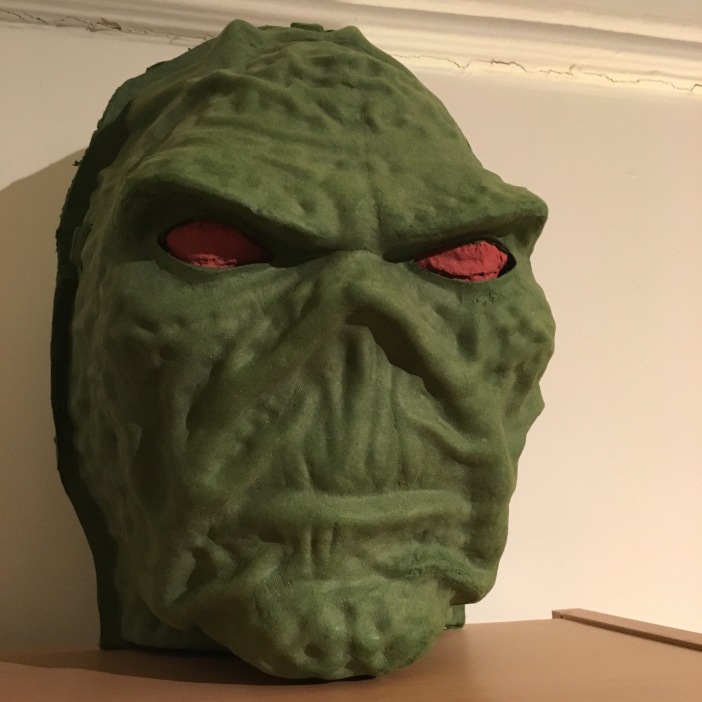 8. A Death holodisc and a Sandman hologram from the Vertigo Comics and Sandman trading card sets, respectively

9. “City of Terror” trading cards by Mark Beyer, from (and still contained in) an issue of Raw 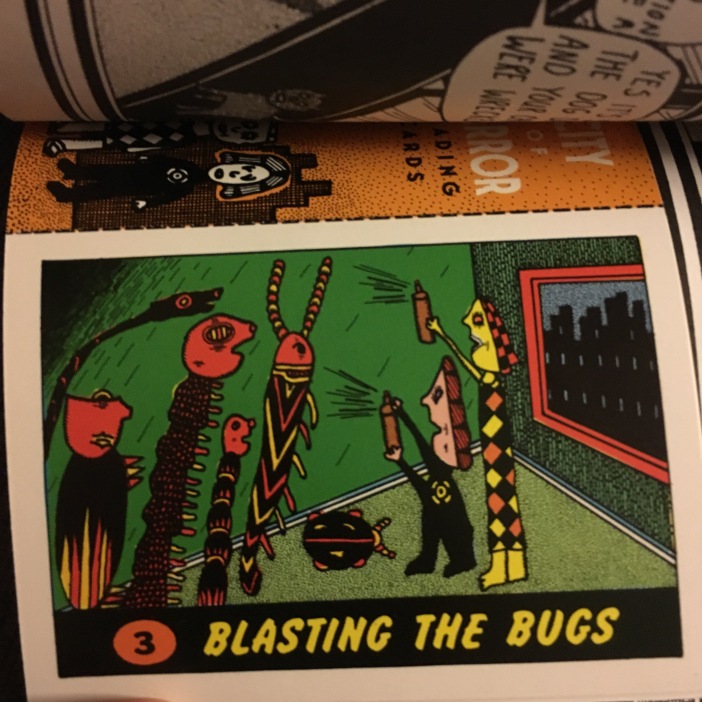 10. A Watchmen module for Mayfair’s DC Heroes role playing game. Believe it or not, Alan Moore signed off on these

11. DESTROY! by Scott McCloud, author of Understanding Comics. It’s just two guys punching each other and completely destroying a city in the process. Surprisingly fun. Green Lantern ring for scale 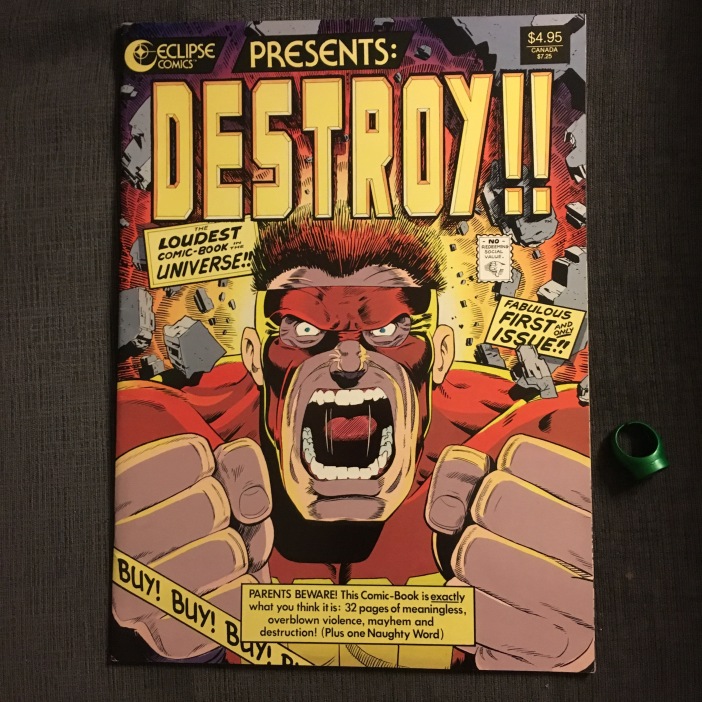 (the naughty word is “asshole”)

13. A Matt Trakker GI Joe (if this means nothing to you, move along)

14. A completely clear plastic Superman hologram chase card, which is pretty cool in direct sunlight but very easy to misplace 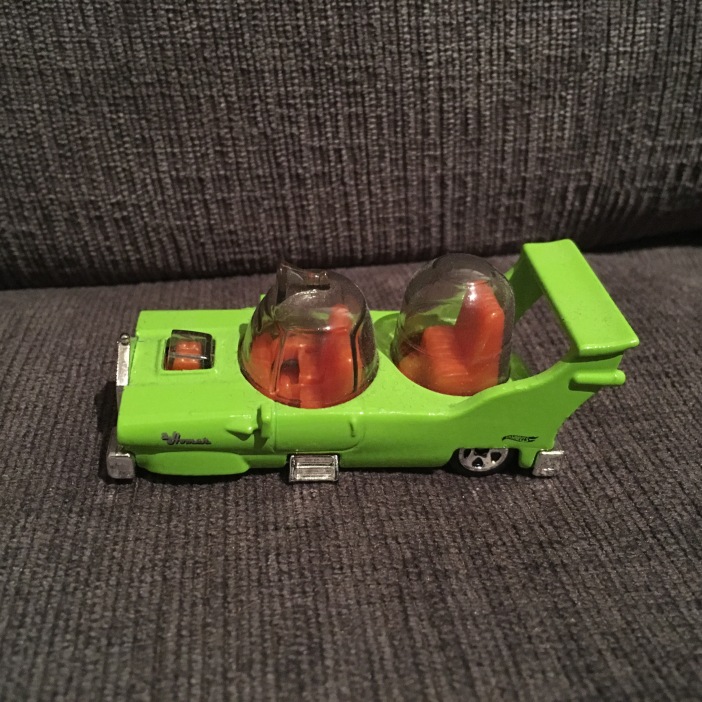 17. Art Spiegelman’s Maus as it was oringally presented: glued into the back of irregular issues of RAW as an insert 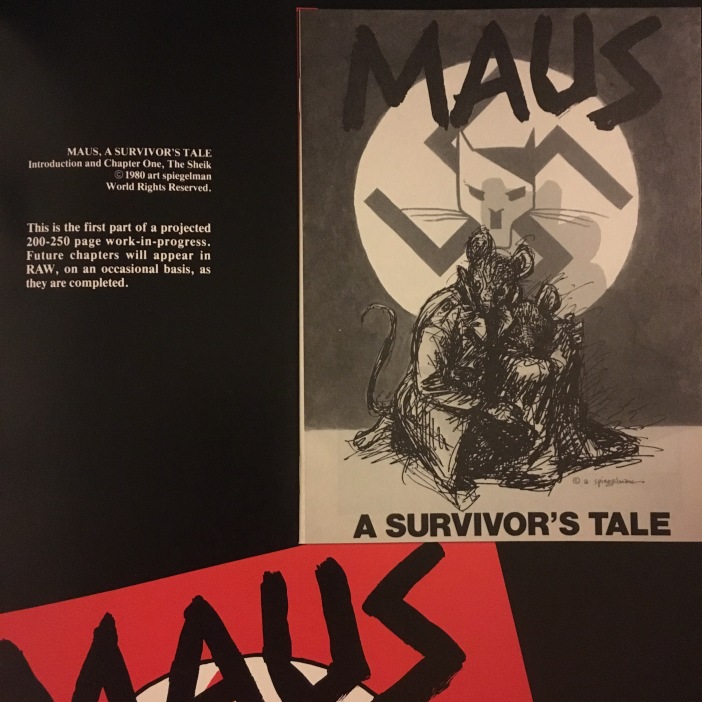 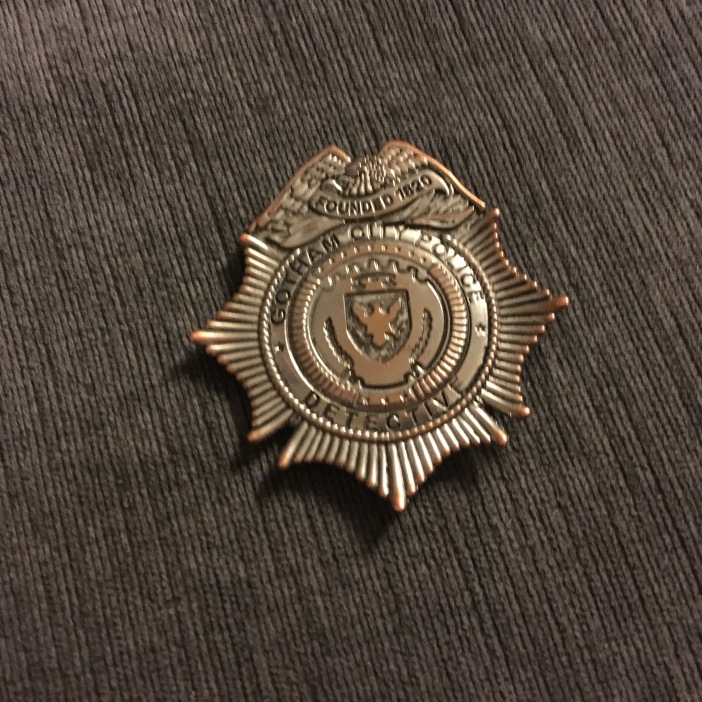 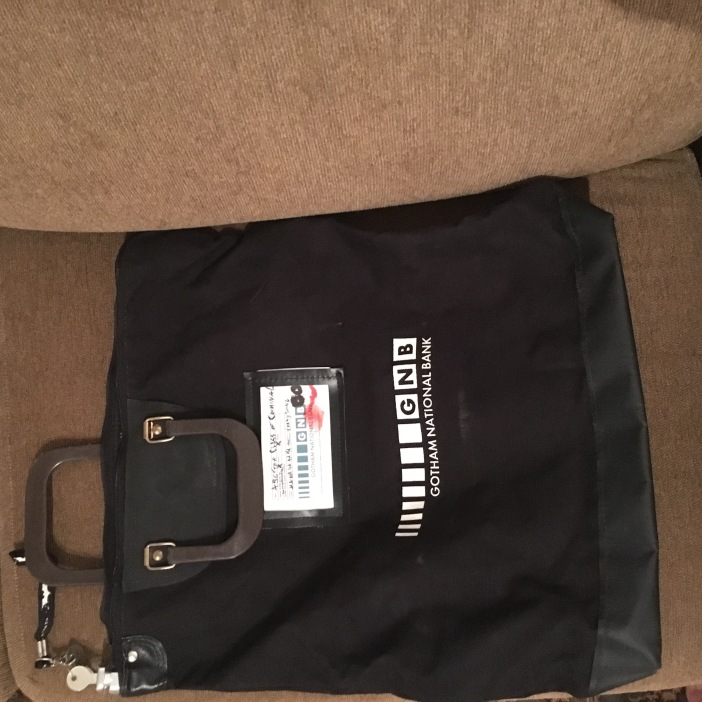 21. A Rick and Morty flask inside The Big Book of Boring Science Stuff: 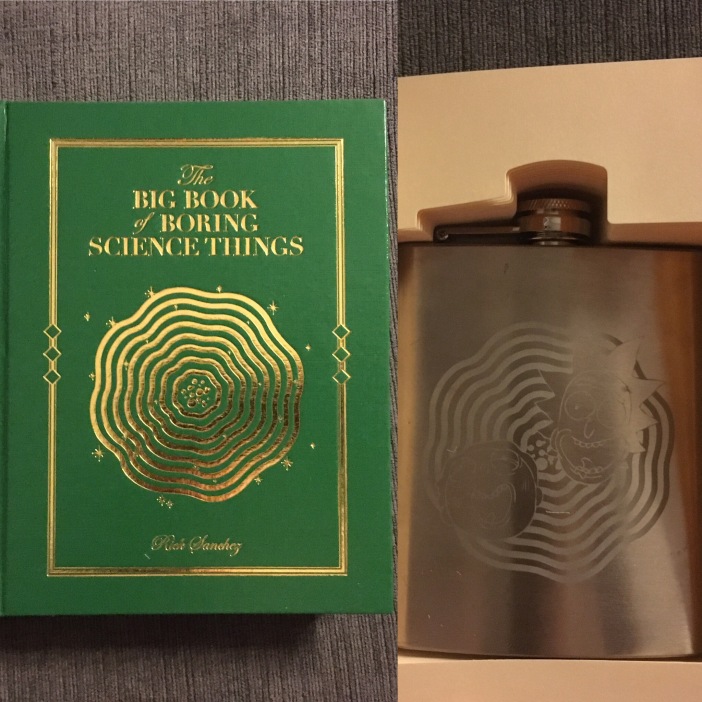 22. A medal from Star Wars: The Clone Wars

23. The pop-up Arkham Asylum that shipped folded in the polybag with Shadow of the Bat #1 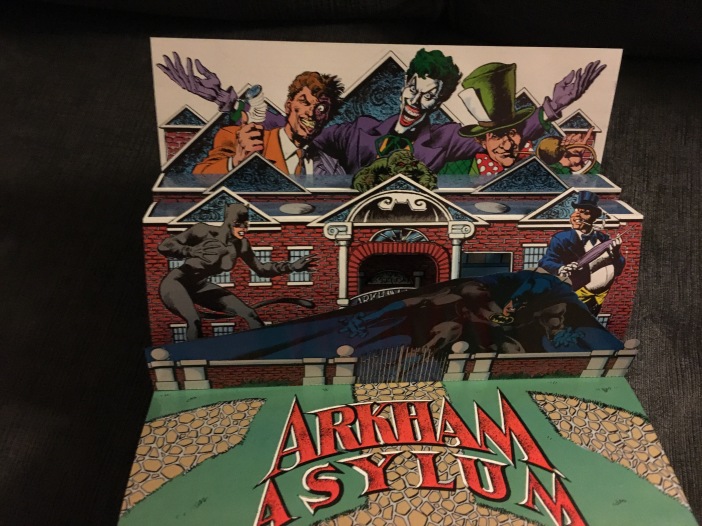 24. Promotional material for Neil Gaiman and Michael Zulli’s Sweeney Todd, serialized for a single installment in an issue of the incredibly influential and badly underread antholog Taboo

25. A promotional tabloid newspaper printed to promote Ben Katchor’s book Cheap Novelties. At first they printed it as a broadsheet and he got upset 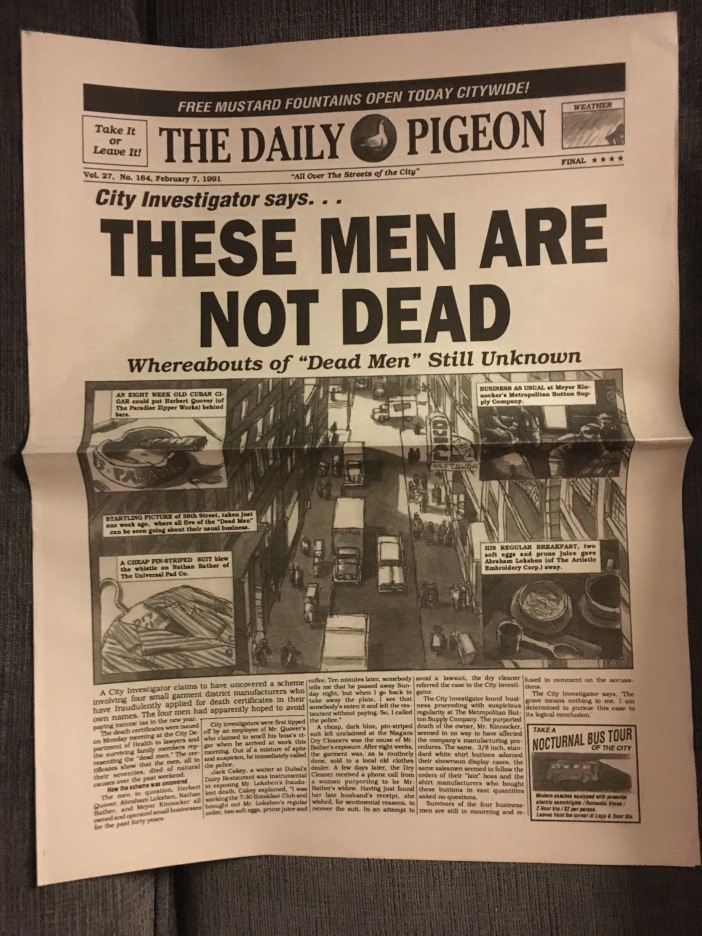 26. The do-it-yourself cover to The Man of Steel #30, complete with static-cling stickers of Superman and Lobo 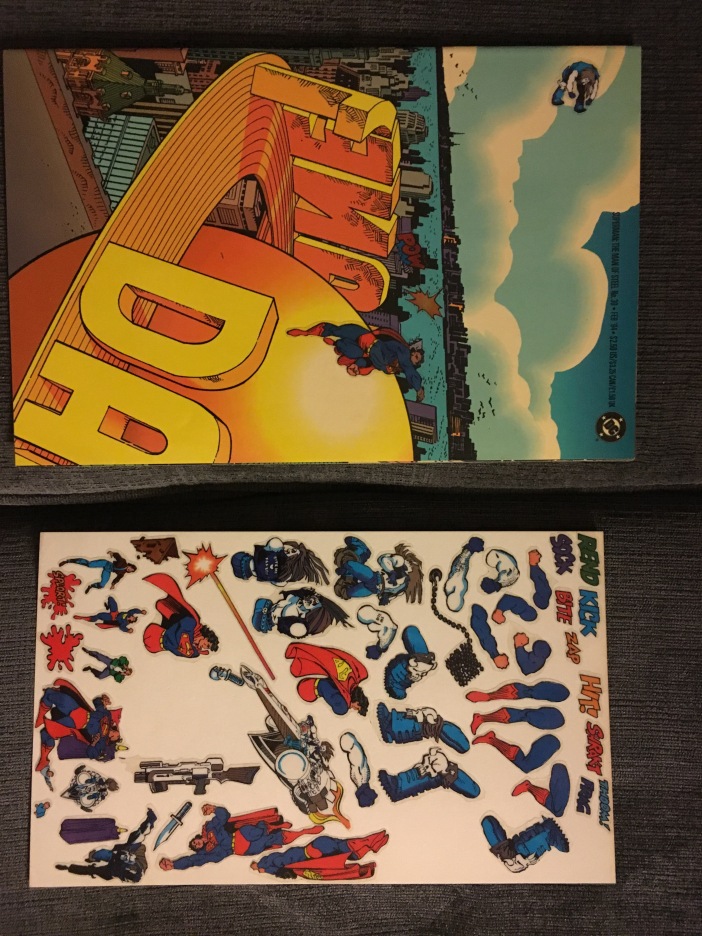 27. Back when DC and Marvel got along, they both agreed to let Mad Magazine’s Sergio Aragones roast them in one-off gag comics. Neither issue has been reprinted. There’s a Star Wars one, too, which has – in the excellent Wild Worlds catch-all anthology along with stories by Jim Woodring and Alan Moore

28. An issue of Smoke Signal, the broadsheet newspaper comics anthology published by the wealthy eccentric who runs Desert Island Comics, the greatest comics shop in all the land. Cover by Mad artist Will Elder

29. A Christmas card my old editor David Rooney gave me when he left Variety, from the year Fine Line put out the American Splendor movie, words by Harvey Pekar, art by Gary Dumm

30. A very odd promo from Fox’s Dollhouse: an Active “action figure” that is simply an artist’s mannequin. Weirdly poignant especially given the subject matter of the show

31. A For Your Consideration ad in the form of a Ratatouille recipe card from an old issue of Variety

33. A Superman: The Animated Series miniature acetate repro of a production cel 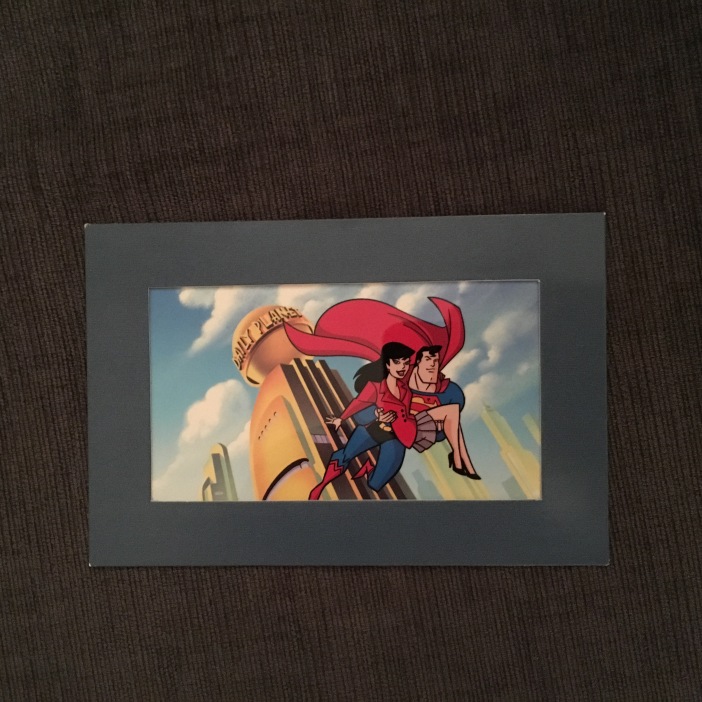 34. A “token” necklace from the premier of The King of Kong: A  Fistful of Quarters, a documentary about hardcore Donkey Kong players 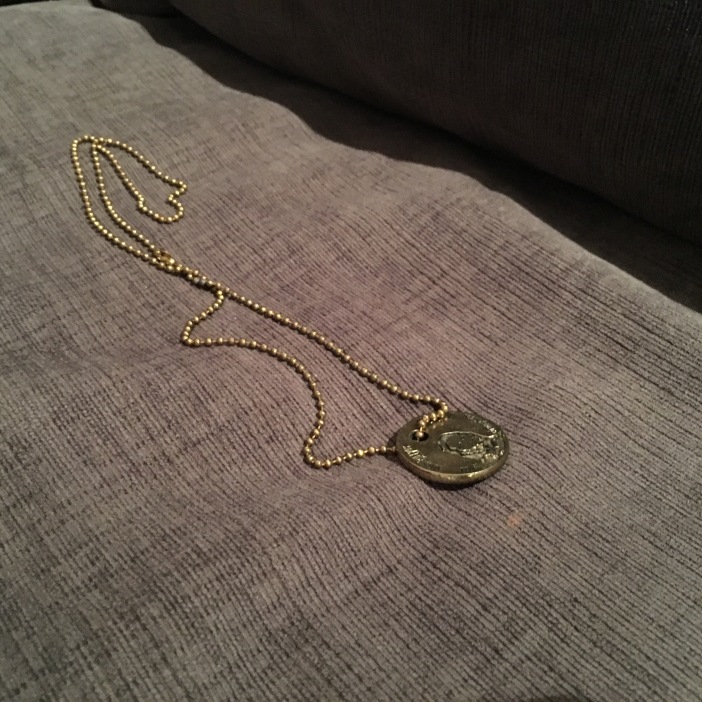 36. The Banshees of Inisheer, an unproduced, unpublished play by Martin McDonagh, redacted to obscure details related to my acquisition of it