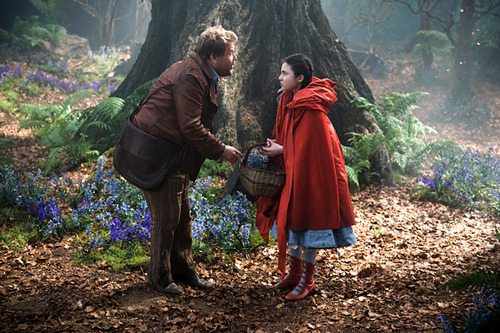 Big, expensive, explosive, heavily costumed, fakery-laden tri(at least)partite movie epics of the kind that have dominated box office receipts in the last decade remain reliably short on metaphor. Frequently this is true even when the source material has seen several tours of duty based solely on its poetic value: little in theaters is less interesting than the final installment in Peter Jackson’s Lord of the Rings, a franchise that has finally ended—at least for the moment—as The Hobbit: The Battle of Five Armies, named, perhaps appropriately, after a conflict during which the book’s titular hero is rendered unconscious by a knock on the head.

Roll your eyes at his prose, by all means, but Tolkien’s The Lord of the Rings, father of a huge percentage of 20th century fantasy literature and the current wave of film adaptations, is so unmistakably filled with stand-ins for the actors and events of World War II that the writer spent a nontrivial portion of his career complaining that too many people thought it was a direct allegory. And then it turned out that it wasn’t, of course, or not entirely; it was also an elaborate versioning of the Welsh mythological cycles, a field for everyone from George R. R. Martin to Led Zepplin to play in later, and a touchstone for hippies and most other hallucinogenically inclined readers.

This is why a novel is a novel and not a movie: present a reader with a word for “floor” and deprive her of something hard to knock on, and she will have to raid her own memories and imaginings to grout the tile or lay the flagstones. Sometimes this means she will go through a whole book imagining a stone surface when the writer says that it is wood, but this is what individuates prose and makes a book a treasure chest with different contents on every opening, where a movie is an entertainment and sometimes a work of art.

Computers, and New Zealand, have given bountifully to the creators of solid-feeling adaptations of detailed fantastical works. It’s a difficult thing to turn an epic poem or Tolstoy into a film, though valiant attempts have been made, and recently (Robert Zemeckis and Neil Gaiman’s clever retelling of Beowulf in the first place; Joe Wright and Tom Stoppard’s Anna Karenina in the second); but when faced with a corpus like the writings of Tolkien or every single comic book featuring Iron Man, screenwriters are suddenly dealing with a body of writing exceedingly helpful to the non-metaphorical carpenter in its detail. The Silmarillion and Who’s Who in the Marvel Universe can both be pressganged into service as television series bibles or movie treatments, and everyone, no matter how small his individual concern—hats, grass, digital scorpion husbandry—can be, sometimes literally, on the same page.

The problem this presents the actual narrative, though, is that convincingly realizing every last detail of a writer’s world raids it of those personal referents that give weight and meaning to the problems of the characters. With The Lord of the Rings, the descriptions of physical and geographical features are so exhaustive that there is general agreement that the movies Got It Right, in the same way as the child who can determine that ten plus ten is twenty, but contradiction and humor of all but the broadest, bluffest, least funny variety are excised from any number of other works in the name of the same kind of exactitude.

But then who cares, actually, whether or not Harry Potter dies at the end of the eight-movie sequence? Our emotional capital was invested in the books, anyway. Our ticket money is piled up in gigantic dragon-hoards, much of it in outrageous surcharges for the brief rental of 3D glasses, that we might believe, briefly, in dragons, to say nothing of Spider-, Bat-, Iron, X- and Supermen, and whether or not the flimsy bildungsroman that binds all the technical wizardry together actually says something new or hangs together at all is a tertiary concern, at most.

And so our corporate masters in the studio production community have taken note, and they have denuded most fantasy stories of all but the most essential elements of plot and character in order to make room for the forty-five minute long action sequence that ends most of these films, the better to sell unsubtle, unsubtitled fireballs and crashlanding spaceships to their own corporate masters in China, where an industrious executive can make up the inevitable shortfalls in the domestic economy. (New York Magazine’s David Edelstein made this point very well is his thankless review of the loathsome new Superman movie.) Metaphor and theme haven’t been considerations for years.

Fiscally speaking, this works, up to a certain point. We have more or less admitted with our wallets that we are on the market for casual escapism and superheroics, and that spectacle can be substituted for morality, and so we have an embarrassment of these movies every spring and fall, three-book series turned into four-movie cycles, complicated quasi-Shakespearean tales about power and corruption turned into porny, violent soap operas on premium cable in the name of “adult” entertainment, and the resulting pecuniary surge powers a whole section of our economy with cable affiliate fees and advertising dollars and product placement and Orcrist, the Goblin-Cleaver letter openers and Art of the Film coffee-table books.

I hope I don’t sound like I’m above any of this—I am probably in front of you in line to most of these movies, 3D glasses in hand, loudly discussing the departures from the original comic books or chunky paperbacks with a patient friend.

But the problem is that of course you can’t actually create a work of art with no themes or metaphors. You can, though, simply stop paying attention to thematic concerns, especially when you are trying to create exotic civilizations, for fear of what you are actually saying. And so we have now in the theaters a fairly large number of movies with accidental messages you might be disappointed to hear a small child say in explanation to another small child. Guardians of the Galaxy, for instance, is a trim, frisky little movie that seems to believe a violent religious sect not nearly dissimilar enough from Islam is causing all the troubles in the world, sorry, galaxy, and that its adherents are disposable cannon fodder. The last James Bond flick, Skyfall, was a heartfelt paean to the glories and necessities of the surveillance state, capped with a stirring speech by no less a performer than Dame Judi Dench about all the reasons we should be afraid of a gay Spanish hacker terrorist—and not merely afraid, but afraid enough to cede national authority to a barely competent gunslinging philanderer whose main qualifications seem to be his feelings.

As a substitute for the emotional valences we might find in a film that explored a well-crafted character, we have gestures at news footage: people screaming as masonry plummets from buildings knocked over by incomprehensible space monsters, instead of all-too-reasonable terrorists; beheading videos; car crashes; death. Watch either of the last two Transformers movies, based on the stories strung together by Marvel Comics to sell a line of Japanese toys to American children, and you will see oil for blood and gears for teeth in breathtaking fistfights between expensive, imaginary creatures on a blasted landscape created by a fictional war. And perhaps you’ll cheer or cringe, grateful for the chance to feel something, but you might also wonder if you should instead walk out in disgust. Rather than carefully craft our entertainment to show each other what we think what we ought to think, we are, I hope by mistake (although there is so much vile ignorance in recently leaked emails from producers like Amy Pascal and Ryan Kavanaugh that it’s hard to say) immortalizing our worst selves.

And, blessedly, the spanking for all this artistic misbehavior has arrived in theaters, appropriately, for a theater kid, in drag: Rob Marshall’s Into the Woods looks and smells like a fantasy film of the kind the Walt Disney Company has been flogging for the past couple of years—Maleficent, Enchanted, the dreadful Alice in Wonderland. It has everything from Meryl Streep crying to Johnny Depp being weird, and yet James Lapine’s screenplay is as harsh and trenchant a criticism of the big, destructive fantasy action flick as anybody, anywhere has written, using the grammar of the genre against itself and Sondheim’s tremendously effective and versatile score to force the story forward, through Fairyland and into darkness. The third-act finale is fraught with ambiguity and underpinned with one of two minor-key numbers in the melody-filled score, “No One Is Alone,” during which our heroes ask themselves whether or not it’s all right to kill someone back, and come to the conclusion that it’s probably not, and then do it anyway.

The film ends in the Woods themselves, rendered dystopian and broken and fearful by the felling of the trees (rather than buildings) and then the giant. The narrator, actually, is the Baker himself, telling this story to his baby, unhappy ending and all, to stop it crying after the death of its mother. The maybe-there’s-a-sequel stinger is Cinderella, singing after the starry credits roll, “I wish!” and the suggestion is that the sequel is the same horrible story again, with no respite, unless we allow our fiction to end less happily, to describe with some degree of accuracy the horror of the world and not just its rewards to the next generation of children who, we hope, will want more wisely than we did.

It’s a wonderful trick played on me and everyone else who loves Sondheim, ready to go in cranky and picky about which songs have been cut and who’s been miscast and to whine about how “No More” and “Ever After” have been rendered away into cheesy movie music, and it’s a brutal indictment of every one of us who wants to watch a movie that way, to get away from the complications of the world and into something stealthily conservative and selfish and blithely cruel.

Because the hard truth offered by Into the Woods and, indeed, the front page of the newspaper, is that we have been in comfort for too long, and that the sooner we leave it behind, the greater a chance we’ll have, not of happiness, but of survival, and perhaps something better than happiness, which is goodness.

We hate to leave.

We have to, though.